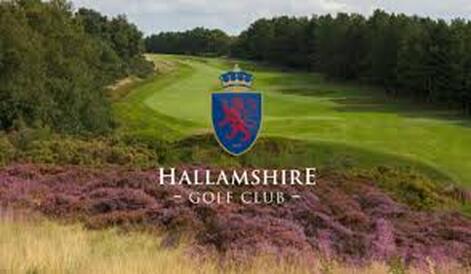 Nestled between the City of Sheffield and the Peak District National Park, the Harry Colt designed Hallamshire course is a classic 18 hole heathland layout blessed with spectacular views. A challenging test for golfers of all standards, the course is kept in magnificent condition all year round, with hand cut greens renowned throughout the region for their speed and consistency. The high position of the course ensures swift drainage, allowing members and guests to enjoy their golf on an almost year round basis. 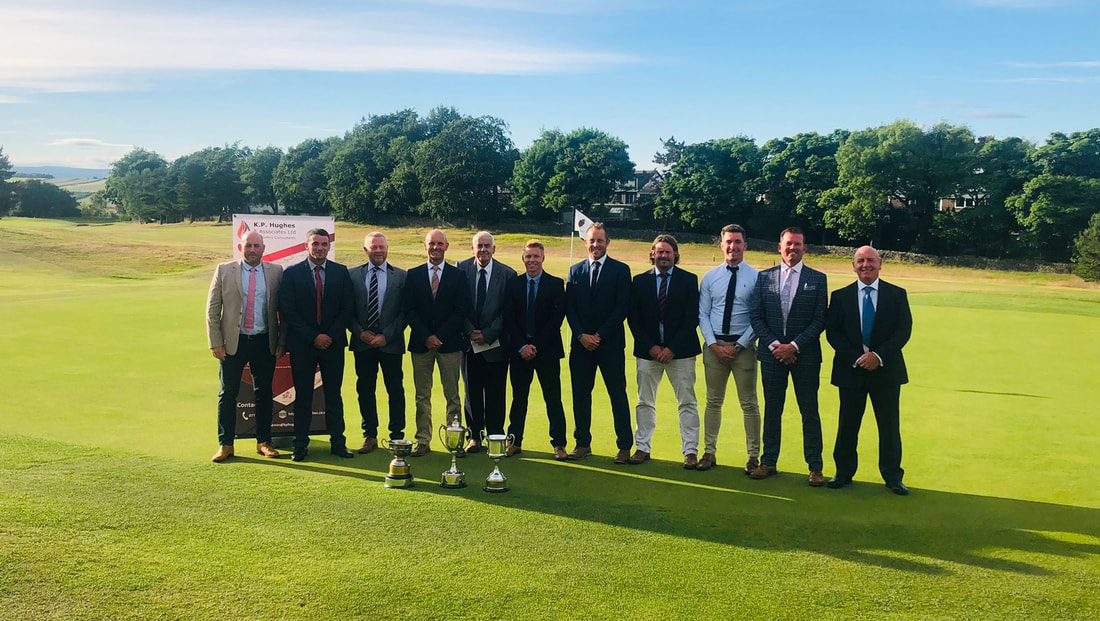 Hallamshire Golf Club was the host venue for this year’s Four Nations and all players were met with a warm welcome and great hospitality that was to continue over the 3 days.

Practice day had strong winds, cold and all of the elements to replicate conditions for those who were lucky to play at Gleneagles in the Sheriffs Cup. However, the talk of the town was not the weather but the greens.

Pairs day started at 1000 in 10-minute intervals. The weather had very much changed to a still day and 25 degrees sunny weather. The Scottish side were struggling to adjust what for them were subtropical temperatures.  As the scorecards came in along with some sun kissed bodies, it was evident that scoring had been tough and yet again the undulations and speed of the greens were still catching people out. Darren Moore and Scott Marshall took the best nett with 67 and best gross were Lee Storrar and Colin Lawson with 75. Ally Danks was unfortunately taken ill on practice day. Many thanks to the recently retired Lee from South Yorkshire who stood in for him at the last minute. And we wish Ally well and a speedy recovery.
Scores on the doors after day 1;
Wales              286
Scotland          280
Ireland             283
England           275

Only 11 shots splitting the field was going to make an interesting day ahead for the singles.

Singles day was another warm day but this time there was a strong wind to contend with. A 10 on the 1st for myself as part of the first group soon ensured that the scores were to be evened out straight away. There were higher scores on the opening hole. The newly placed pin positions and wind with the slick greens played their part in ruining some people’s faith in their ability to play golf. Even the mild mannered. Laid back Kerry from Northern Ireland had his resolve tested. His shouting along with some expletives created much humour to the surrounding groups.

The scores and even further sun kissed bodies came in with the same old story about the greens.
A near albatross on the 18th was a highlight for those watching from the balcony eagerly anticipating the results of their compatriots. This was from Mark McMaster from Northern Ireland who carded 7 birdies over both days to take the birdie cup despite carding an 11 on the 1st hole. Some superb golf. Best gross and best nett was from the ever-consistent Darren Moore. Along with John McKinstry they were the only players who scored level par for the day. Darren beat John on countback with a nett 71 and gross 78.

The speeches and presentation followed a fantastic 2 course meal with Kevin Hughes from KP Hughes who kindly sponsored the event at the last minute presenting the prizes. As the scores came in, there was one team that had a number of scores in the 70’s This was to be decisive as there was only one player in each of the other teams with a single score in the 70’s.

England were crowned the Four Nations Champions of 2022 with a very convincing win. As my last Four Nations as Captain, I would like to thank each and every player from all Nations that I have met over the last 5 years and for those that have supported me throughout. As at all National events, I have made some very good and close friends from our Fire Family. I look forward to seeing you all at National events for many years to come. 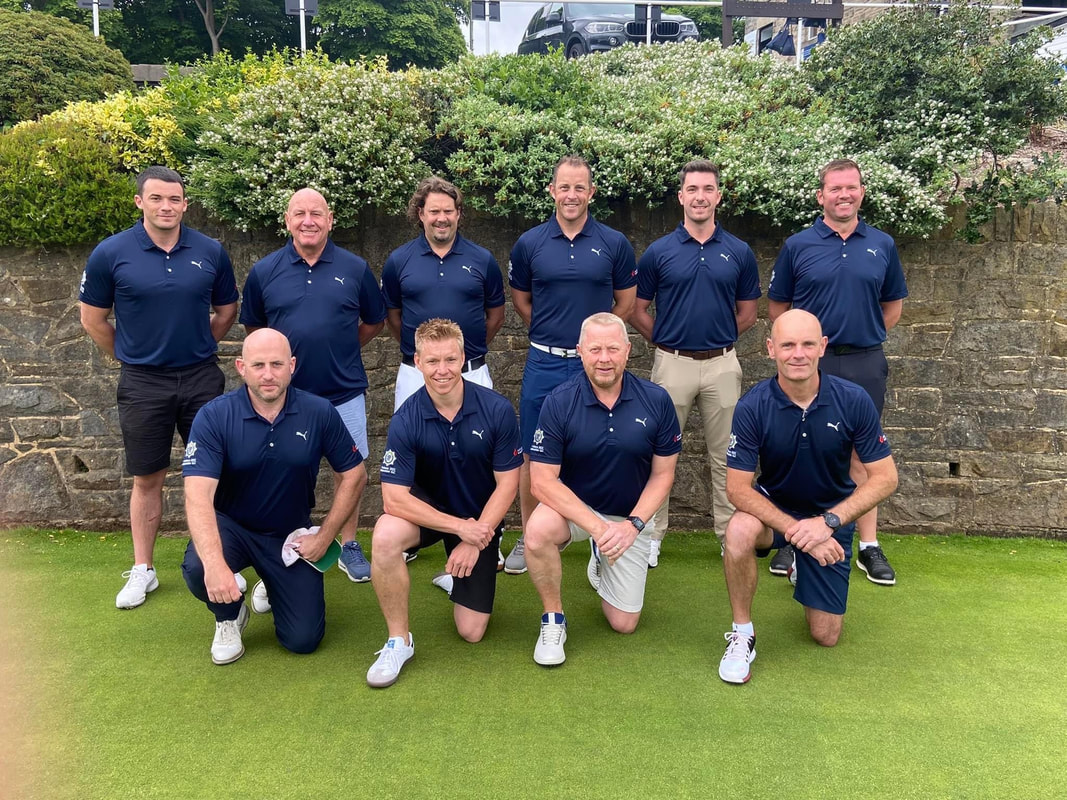 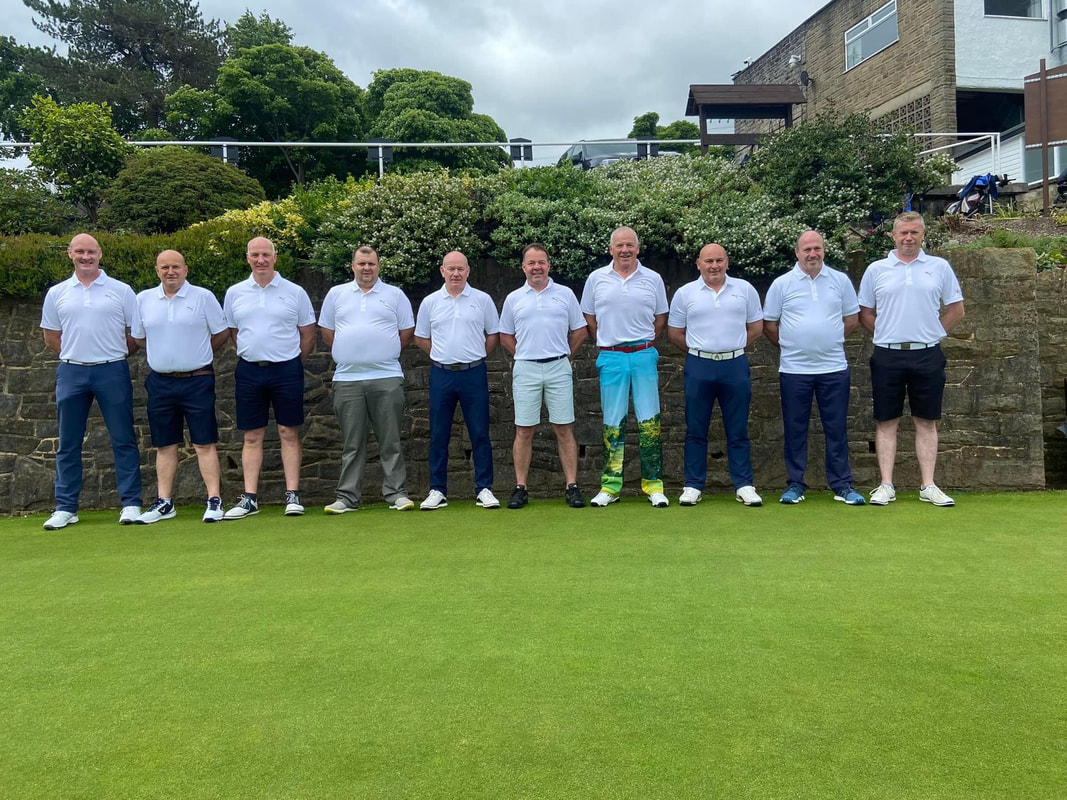 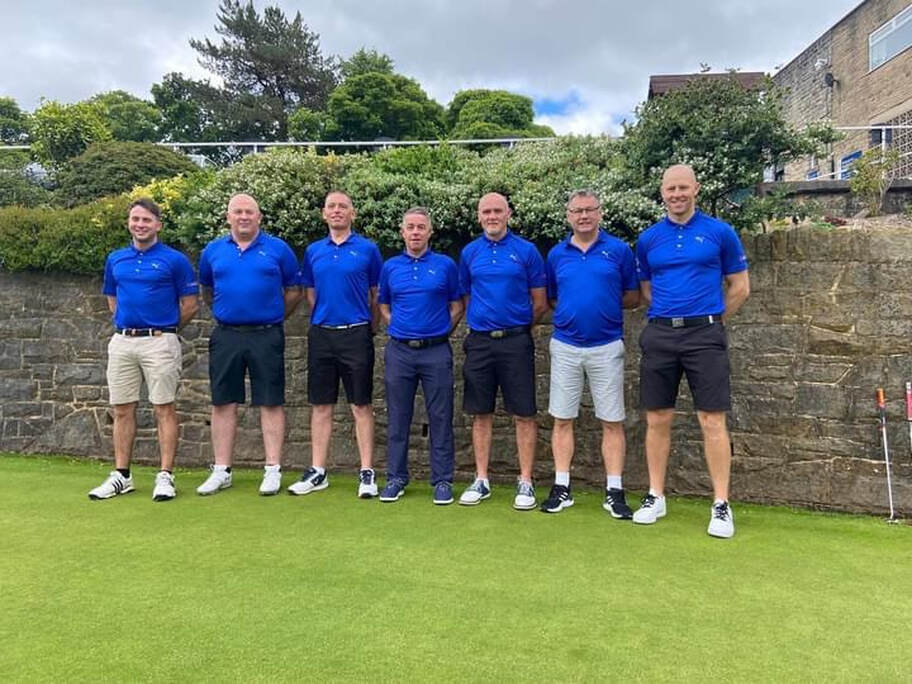 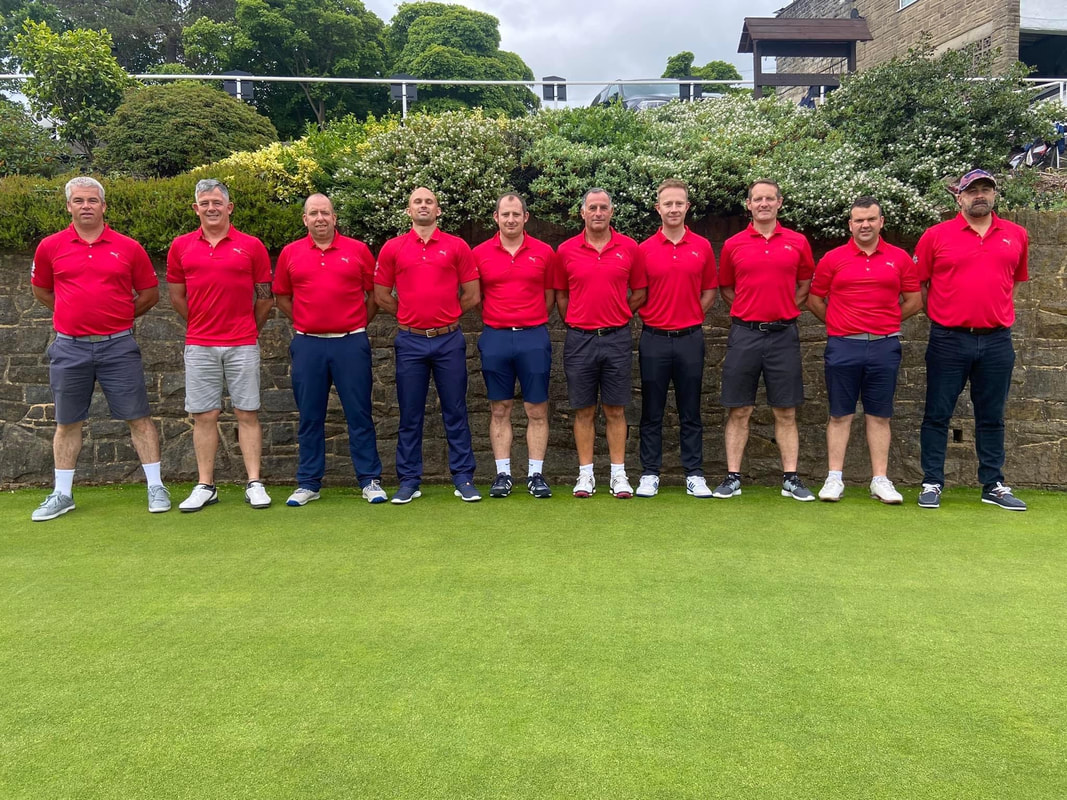