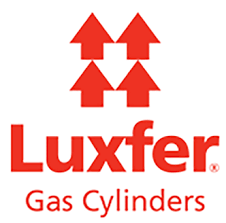 I would just like to start this short report with some thanks from myself and all the district players who took part this year. This was the 27th year that the Luxfer group have sponsored this event and we are all very appreciative for their support and hope that they will carry on supporting this event, also many thanks to Ted Tipton for his never ending support and finally to all the staff at Belton Woods Hotel.

The district competition is played for once a year, the qualification period is from the end of this year's final to next years final this could be competed by approximately 300 firefighters from all the 12 districts.

The competition took place at Belton Woods Hotel in Grantham on the 27th & 28th September, the weather was very good with only a bit of rain overnight, the competition was hotly fought out by the favourites from the practice round, where there was a small
competition to get the teams gelling. The favourites were West Midlands, North West and Yorkshire and Humberside.

As competition started it was very overcast and not looking very good but, the forecasters had got it right for a change and thank goodness it turned out to be a good day for golf. The overall Winners were:

Yorkshire and Humberside with 95pts.

There was also some extra comps being played for as well there were 3 Nearest The Pins.
5th Hole Albert Bruce Scotland
11th Hole Dave Barkley North East
15 Hole Brent Parry Wales this was in Two shots.

I would also like to thank all the players from the 11 districts for their support in the competition and to Matt Thompson & Mick Topping for their help with the competition, finally to Craig Brookes who has competed over the years starting as a higher handicap
player and ending up as London's best Player.